History of the Uptown Theater

Completed in 1928, the Uptown Theater was Kansas City’s premier entertainment spot showcasing first-run movies. “The Irresistible Lover” starring Norman Carey and Lois Moran opened to a capacity crowd at the Uptown on January 7th 1928 as the marquee brightened Broadway for the first time. 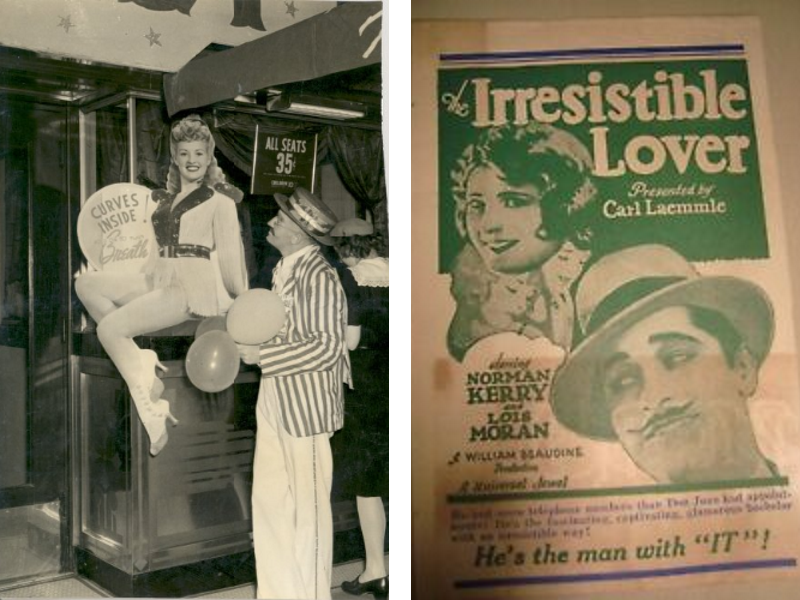 Many of the biggest stars of motion pictures, stage and music and played the Uptown Theater.

In 1928, an unknown comedian in his early twenties named Bob Hope performed his comedy act for a week’s run of shows. 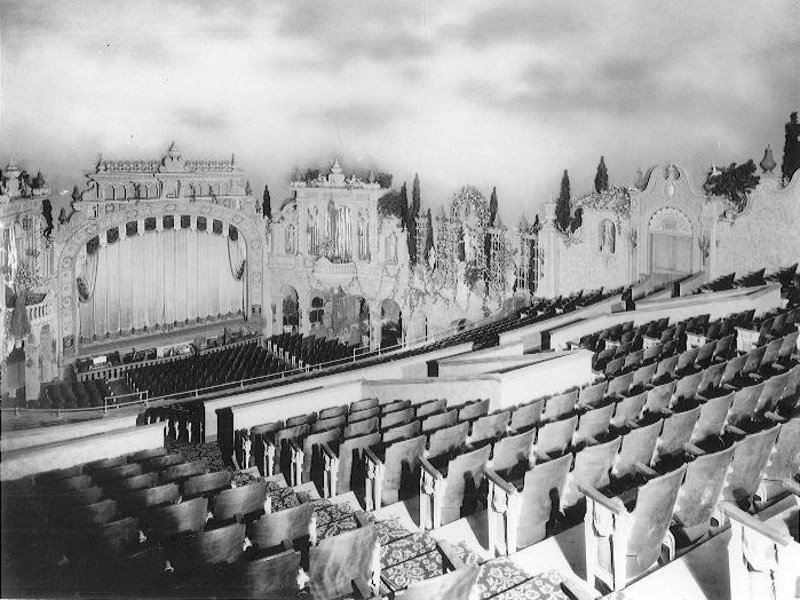 In the thirties, movies starring Will Rogers, Claudette Colbert and Shirley Temple were featured at the Uptown. Movie stars like Tom mix and his horse Tony, Joe E. Brown, Gene Autry and Roy Rogers made personal appearances on the Uptown stage. At that time, many Kansas City people still traveled by streetcars and buses. When the middle class began to buy cars, the Uptown offered free parking across Broadway. A white gloved, uniform attendant with a whistle in flashlight would help people to and from their cars.

In 1939 the Uptown copyrighted “fragratone” which funneled fragrances through the ventilation system adding old factory pleasure to the entertainment experience. 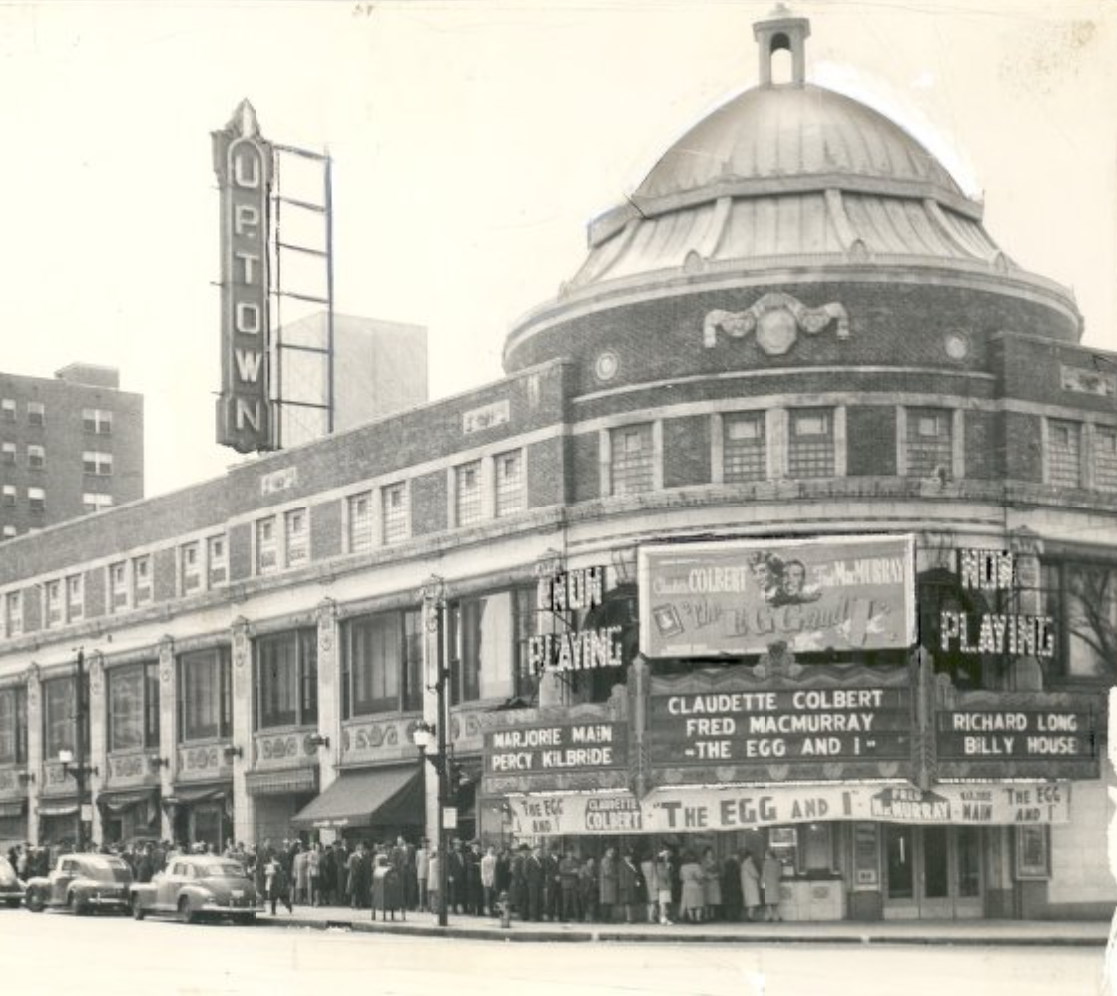 In the forties, the Uptown road the World War II movie business boom to unrestrained heights of box office success with well-known movies of the time. Matinees with KMBC’s Big Brother Bob club packed the theater on Saturday mornings.

In the fifties and sixties, first-run movies along with live vaudeville and stage productions provided theatergoers with first-rate entertainment.

The theater continued to feature stage shows and film until well after WWII, and remained one of Kansas City’s most profitable theaters as late as the 1960’s. 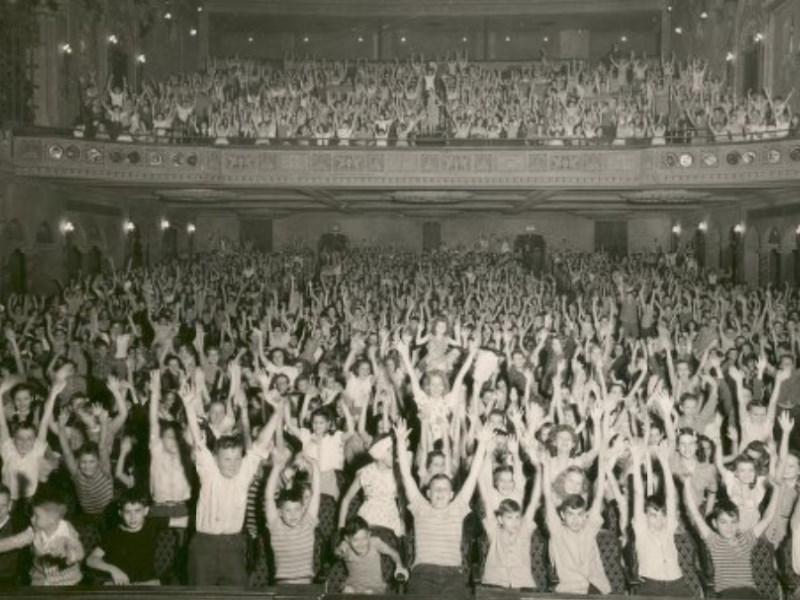 In the early seventies, the Uptown Theater housed the Lyric Opera Company for two years. Beginning in 1973, the theater was home to the Palace Dinner Playhouse. It was listed on the National Register of Historic Places on June 27th 1979.

The Uptown hosted movies as well as live vaudeville and stage productions. By the late 1970s, the theater began to function primarily as a concert venue, and it remained that way until it closed its doors in 1989 due to mismanagement. During its later years, the interior had fallen into disrepair, and all of the original details were whitewashed. 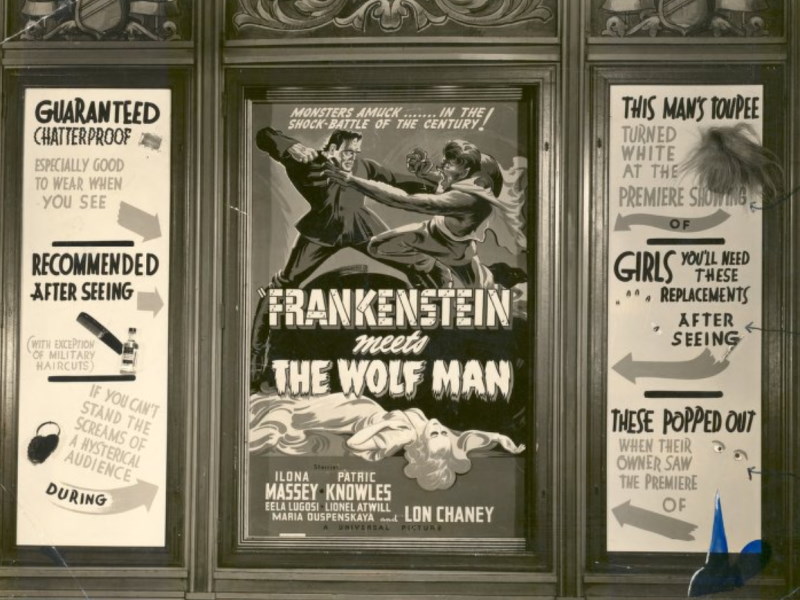 Following the closure of the Uptown Theater in 1989, the property was transferred to the Land Trust of Jackson County. The Land Trust was a governmental corporation established by state law to sell properties to satisfy unpaid taxes. At that time, Larry Sells was president of the Land Trust, and he spent a few years trying unsuccessfully to sell the vacant theater to developers.

In 1994, Larry Sells resigned from the Land Trust and purchased the Uptown on his own with plans to restore the theater as well as the entire commercial corridor of Broadway between 38th Street and Armour Boulevard. 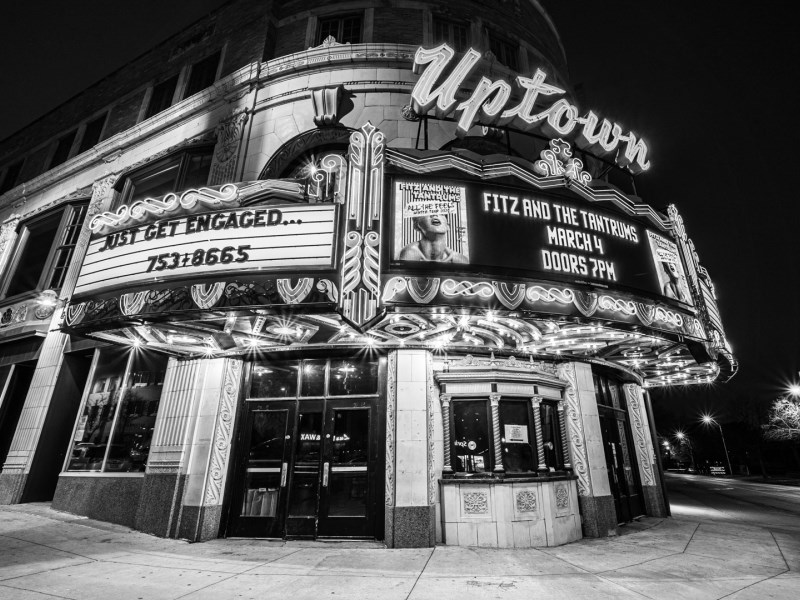 Following the acquisition of the Uptown, a $15 million renovation of the theater was completed. The original splendor was restored in the details and colors of Eberson’s original design. In addition, 33,000 sq ft of new lobby, bar, office and banquet space was added. Because of the redevelopment, the Uptown remains one of the few remaining atmospheric theatres still in operation. Permanent seating remains in the balcony and rear half of the main floor. The front half of the floor nearest to the stage is now open for table arrangements and general admission standing for concerts.

On July 2, 2005, native Kansas City band the Get Up Kids played their “farewell” show at The Uptown. The band re-united three years later.

The Uptown is now ranked number 82 on the list of the top 100 theaters in the world by the concert industry magazine Pollstar. 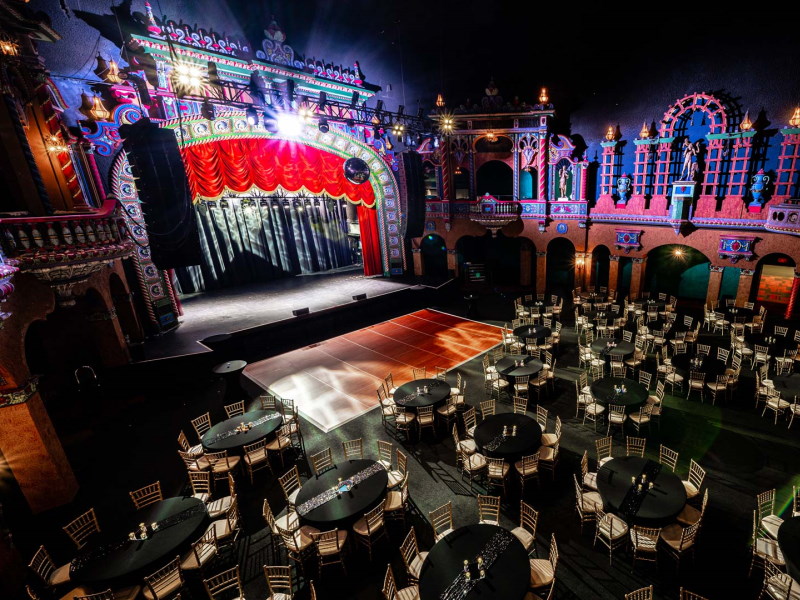